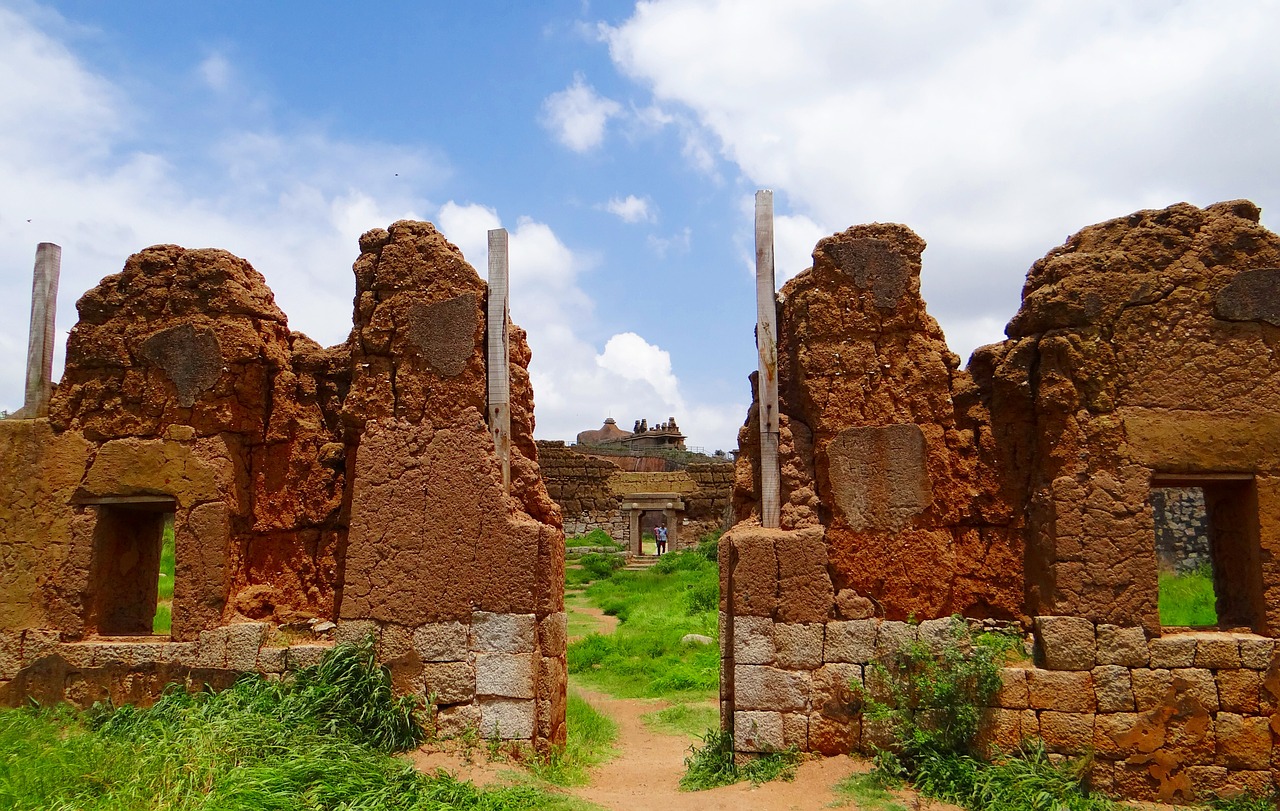 Mowunmi poured the pepper she had just ground into the hot oil and stirred it. Then she turned to the pile of leaves she had picked from the garden beside the house and started to cut them up. Adunni and her family always enjoyed her efo riro, so they left the cooking of it to her. Mowunmi loved to cook, it reminded her of precious moments and conversations with her mother.

Her thoughts had strayed towards her mother in the last few days, there was a sense of doom that she couldn’t shake off and she felt tempted to go back. However, she knew that whatever it was, her mother would be even more depressed if she returned to Adegbola’s house.

“Eledumare, your eyes see everything. Let your mercy cover my mother, comfort her…” she prayed under her breath as she picked up the smoked fish and began to shred them into smaller pieces.

In the distance, Omolere, Adunni’s husband and his younger friend Ajadi were watching her.

“She looks so sad.” Ajadi said softly. “What is her story again?”

“Adunni said she’s an orphan, that’s all I know about her.”

“Yes, she is. And she’s not married.” Omolere said to his friend pointedly.

Ajadi smiled and looked away from her. “You know I don’t have time for that…”

“What don’t you have time for? You’re already doing well and taking good care of your mother and siblings. You’re just putting things off unnecessarily.”

“Me? Shy? Never! I’ve never been afraid of women!”

Omolere laughed. “Is that why you’ve never spoken to her?”

“You can start by asking how her trade is, or ask her to make something for your mother. I’m older than you, I shouldn’t be teaching you this!” Omolere laughed again and took a gulp of palm wine from the calabash at his feet.

“I’m not shy…” Ajadi said, shaking his head. “I just don’t want to be spoken to rudely…”

“Not Mowunmi, she’s not that type of girl.”

Ajadi stole another glance at Mowunmi who was pouring the leaves she had cut up into the pot. Her long graceful neck was arched as she stirred the vegetables around the pot. The truth was that he had admired her from the first day he had set his eyes upon her. She reminded him of his mother’s graceful composure which had remained intact in spite of the tragedy that had made her a widow and left her with four young children to cater for when she was only twenty-three.

Responsibility had forced Ajadi to grow up fast and with Omolere’s guidance, he had become one of the most successful farmers in Ifetesiwaju. Although he was old enough to be married, Ajadi didn’t know how to court a woman, while his contemporaries were busy learning the intricacies of courtship, he was busy learning how to grow the largest yams. Omolere was right about his surmise, he was terribly shy.

Omolere was watching his young friend and smiling. It seemed that he would have to teach him more than just farming.

“Mowunmi!” he called out. “Isn’t it ready yet? The aroma is causing chaos in my stomach!”

Mowunmi laughed. “It is ready! I’m about to serve it out.”

“We give thanks! Don’t forget to serve my friend, he is too shy to ask!”

Ajadi looked at his older friend angrily, feeling embarrassed. Omolere laughed and got up staggeringly, slightly intoxicated. Mowunmi was about to rise up from her seat.

“I’m going to ease myself, don’t finish the food before I get back.”

Ajadi didn’t respond, he was nervous about being alone with Mowunmi.

“Say something to her, don’t be a coward!” Omolere said under his breath.

He cleared his throat and thought about what he was going to say to her.

“I greet you.” Mowunmi said as she set the food on the bench.

“Thank you. I’ll go and get some water for you to wash your hands with.”

Mowunmi returned shortly with the water.

“The food is very appealing.”

“Thank you…” Mowunmi replied smiling modestly. “I hope you enjoy it.”

Omolere returned at that moment, smiling at the two. “I see that you two have finally spoken to one another.”

Ajadi and Mowunmi smiled nervously and looked away from each other.

Adegbola sat under a tree, waiting for Folasade to come out of her father’s house. He thought of his father’s plan and wondered if there was a way out. His only option was to flee to another village, but he had no intention of leaving his possessions and status to go and start all over in a strange land.

He looked at the house again, wondering what was taking Folasade so long to come out then he got up and strolled towards the mango trees that lined the path to the house.

“I greet you.” Folasade said with her arms folded.

“I thought you wouldn’t come out! You kept me waiting for too long.”

“I was cooking for my mother.”

“Ah ah? Didn’t your mother know I was waiting?”

“Don’t be offended.” She replied nonchalantly. “I’ve made some beans, should I serve you some?”

They stood looking away from each other. Adegbola was convinced that their marriage would be a disaster, this woman was not as meek as his first wife had been. For the first time in a long time, Adegbola allowed himself to think about Mowunmi, as much as he hated to admit it he knew that allowing his father to destroy their marriage was the biggest mistake of his life.

Agbeniyi had been summoned to the king’s palace and Ibironke had insisted on going with him.

“Be respectful to him, no matter what.” She advised as they waited for the king. Adegoke was seated opposite them, looking smug and confident that the king’s judgement would favor him. He already anticipated the bountiful harvest that he would get from Agbeniyi’s fertile land.

The king was seated after both parties had greeted him, surrounded by his chiefs.

“Adegoke has told me his side of the story, is it true that you owe him?”

“And when are you going to pay him?”

“I am working hard so that when my harvest comes in, I can pay him at least half of what I owe.”

One of the chiefs and Adegbola’s friends spoke up. “Kabiyesi, this man was sick for months. It would be foolish to rely on a harvest that will not produce much when we all know that he didn’t plant many seeds.”

“He says that you have land that you can exchange for what you owe.”

“Yes I do Kabiyesi but I cannot sell the land that has been in my family for years. It is my sons’ inheritance, I cannot sell it.”

“But you must pay your debt! How much longer do you expect Adegoke to be patient for?”

Adegoke didn’t know what to say.

“You will have to give up one of your children to work off your debt.”

“Please my Lord!” Agbeniyi begged, prostrating before the king.

“Please Kabiyesi our daughter is missing, let us not lose another child!” Ibironke begged.

“That is not true, we all know that she was caught in the act of adultery…” Adegoke said.

“Quiet woman!” The king ordered and sighed. He recognized that there was more to this story than Adegoke had let on but he didn’t want to openly antagonize him. He was one of his most valued supporters. One thing was obvious, Adegoke wanted revenge against the poor farmer and he counted on him to deliver it.

“Alright then, this is my judgement. You Agbeniyi will go to prison for a year and a half until you find someone to pay off your debt.”

“Ehn? Kabiyesi please!” Ibironke threw herself on the ground and wailed pitifully. “He is just recovering, how would he survive in prison?”

Agbeniyi bowed his head and accepted the king’s judgement as the only way to protect his family and all that belonged to them. As the guards came and took him away he yelled:

“Take care of the children, be strong!”

Ibironke screamed until she was taken out of the palace.

Folasade and her parents became more respectful of Adegoke when news of Agbeniyi’s imprisonment became known. The wedding ceremony went smoothly and Folasade was taken into her husband’s house for the consummation.

Adegbola took off his clothes and stretched his body sensuously, then he stripped his new bride of her clothes without a word. His manhood stiffened slightly and he was tempted to continue the process without his brother’s intervention but the thought of failure prevented him.

“Get me that piece of cloth.” He ordered.

As Folasade turned to pick up the cloth on the wall behind her, Adegbola rubbed her face with the enchanted powder he had kept in his pocket.

“What are you doing?” Folasade asked suspiciously.

“Has it become a crime to touch my wife’s face?”

Folasade smiled modestly and yawned. She suddenly felt groggy. “I feel so sleepy, today has been a long day.”

“I know, but we must do this first hmmn?” he laid her on the mat and started to caress her skin until she finally fell asleep. In a short while, he let Adeyimika in and turned away as he deflowered his wife. Adegoke had instructed that both men be in the room to avoid what had happened with Mowunmi.

Minutes later, Adegbola went out of the house and waved the white stained cloth with a wide smile on his face.

When Folasade woke up the next morning, she was surprised.

“I’ve never met anyone who sleeps the way you do!” Adegbola teased. “You slept throughout our lovemaking last night.”

“I did?” she replied stunned.

“Yes, you did. But I enjoyed you… a full pot of wine has been sent to your father.”

Folasade smiled but wondered about her strange sleep. 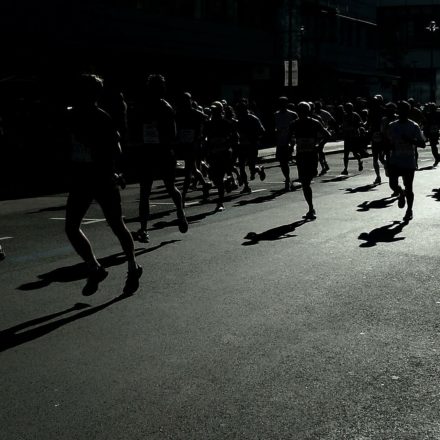 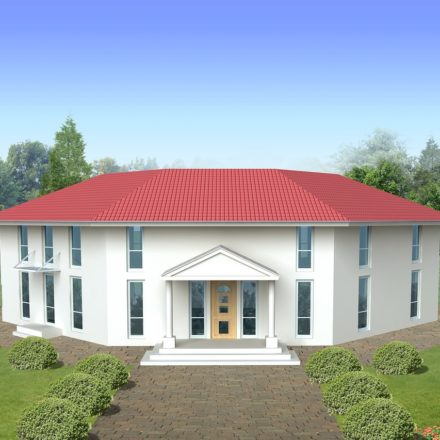 June 10, 2016 Lola
Oladapo sat in the room staring at the identical twin boys. “I should have insisted that she take that scan!” He thought. But what good could... 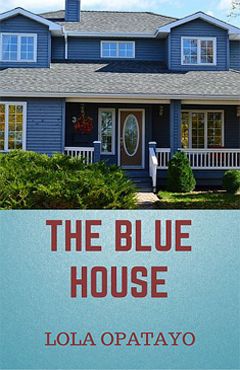 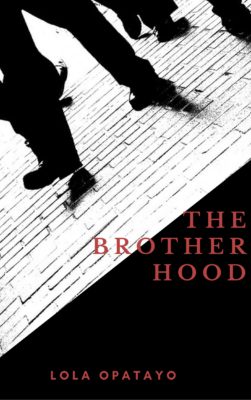